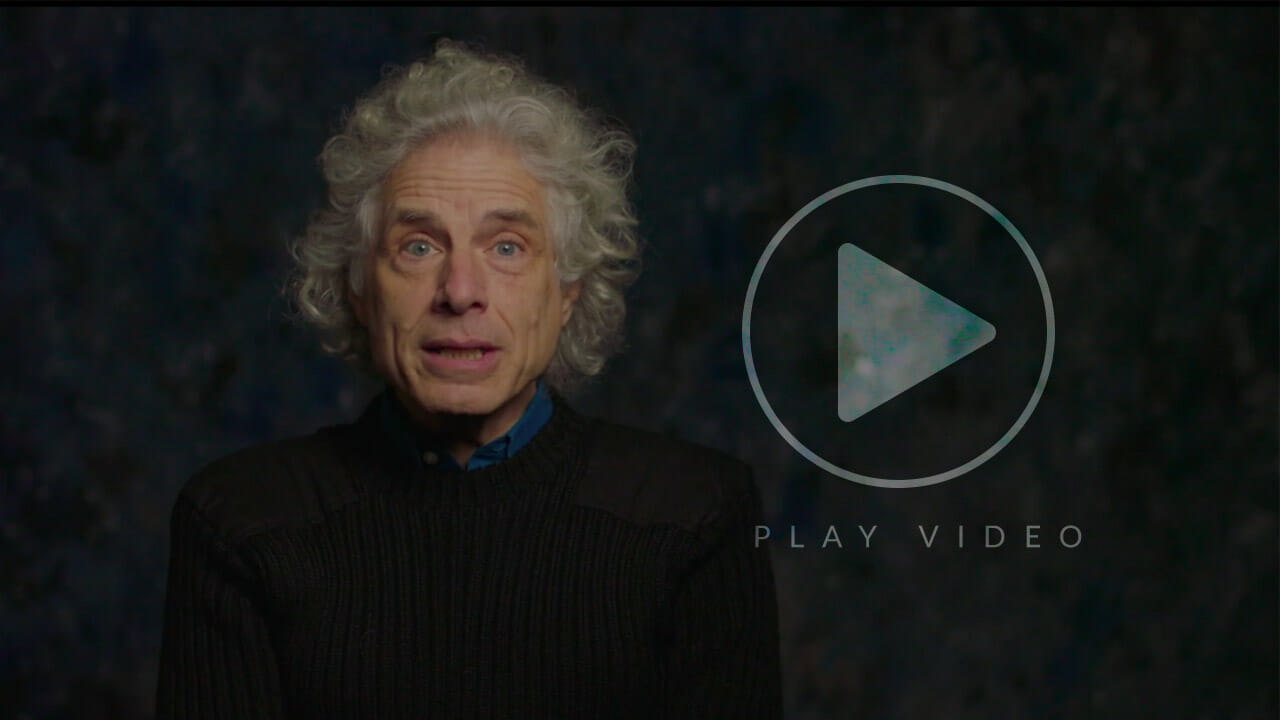 Steven Pinker is an experimental cognitive psychologist and a popular writer on language, mind, and human nature. A native of Montreal, he earned his bachelor’s degree at McGill University in 1976, his PhD from Harvard in 1979, and taught at Harvard, Stanford, and MIT before returning to Harvard in 2003. Pinker’s research on vision, language, and social relations has won prizes from the National Academy of Sciences, the Royal Institution of Great Britain, the Cognitive Neuroscience Society, the American Psychological Association, and the Association for Psychological Science. He has also received eight honorary doctorates, several teaching awards at MIT and Harvard, and numerous prizes for his books The Language Instinct, How the Mind Works, The Blank Slate, The Better Angels of Our Nature, and The Sense of Style. He is Chair of the Usage Panel of the American Heritage Dictionary, and often writes for The New York Times, Time, and other publications. He has been named Humanist of the Year, Foreign Policy’s “100 Global Thinkers,” and Time magazine’s “100 Most Influential People in the World Today.”

Prof. Pinker is currently doing research on a diverse array of topics in psychology, including the role of common knowledge (where two or more people know that the others know what they know) in language and other social phenomena; historical and recent trends in violence and their explanation; the psycho-linguistics of good writing; the nature of the critical period for acquiring language; the neurobiology and genetics of language; and the nature of regular and irregular phenomena in grammar.