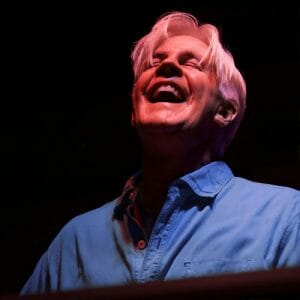 Keyboardist Scott Wilkie began playing piano at age 6 in his hometown of Detroit, Michigan. After college, he moved to southern California, where he has produced eight critically-acclaimed albums. His latest release ‘Brasil’… a collaboration with bass legend Jimmy Haslip, was named one of JAZZIZ Magazine’s Best of 2019. Known for his fiery live performances, Scott has toured extensively throughout the US, Europe, Asia and Latin America.